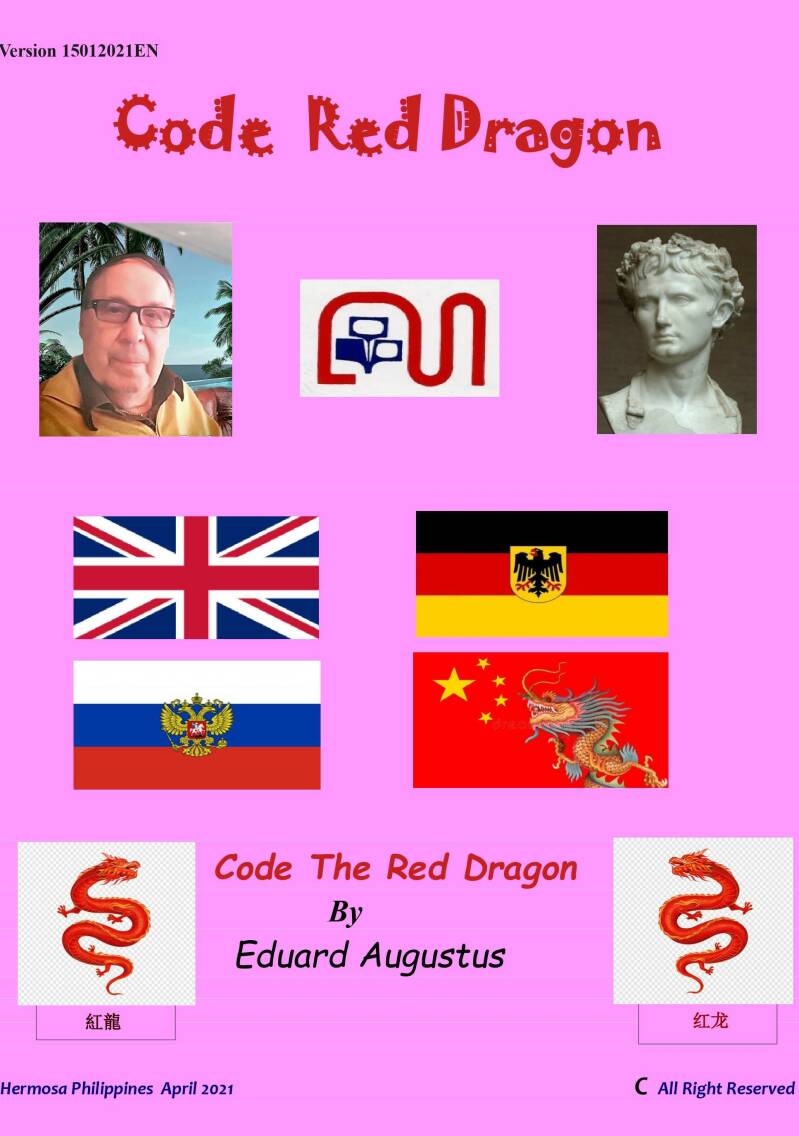 Code Red Dragon is an adventure novel where Lieutenant Ian Sinclair is tasked by his chief John Moore of the British Secret Service, better known as M16, to unmask those and or organisation that have developed the pandemic virus Covid-19 in their labs and allowed it to spread worldwide. Ian has been transferred from the Federal Belgian Police's FIAD section, counter-narcotics, to his M16, which has set up a special unit with Major John Moore as its commander, promoted to colonel, to crack the case, under code name ''Code Red Dragon"" (CRD for short).